In the future things will be different to those in the present. Time means reconfiguration. And time means change. A few upset minds in the present don’t cause a future that is designed by those minds. Time and change can eat anger. Todays anger can be eaten up by time and change until its energy level is zero. Anger can be eaten up by the pure existence of presence. Revolution doesn’t necessarily hit or touch future. Revolution can be of no relevance to the future. Especially if it is made of irrelevant ideas and came from uninspired minds.

This is the future. And in the future the future will happen. It will be a natural and gentle future for almost anyone because almost everyone will be dead who was thinking of the future a generation before. And this is why we die. Future needs us to die so that it always can establish itself in the young minds of new people. Because it has no time for the old people of today or for the old people of tomorrow. Future is the permanently renewable resource that feeds itself from the very and pure idea of raw existence.

We humans are born into a world of change. There are so many important things that are communicated towards our brain and our identity. We take those things and developments for real. We think this is the world. Although this is nothing else than a certain part of time the world is actually in right now.

We take so many things for granted. Things like borders, languages, images, technologies and such. We do think that at least by applying conspiracy theories we intellectually cover the actual world in its entirety. By doing that we do not take into account that e.g. secret services are also run by normal human people and not by super heroes. Just because: Super heroes do not exist. This imagination is about ourselves; it is about our wishes, our inner longings and our inspirations. Finally it is about evolution. This very term and process that created our brains, our thoughts and each and every thing we do.

Neuroscience discovered that if you open one’s head and begin to manipulate the electrical signals in the brain, the person that is being manipulated thinks he or she is actually doing what she or he wants to do. Those scientists were really happy about their discoveries. Yet, they did not think about two things: 1st: If you open one’s head and manipulate it, this is a process that takes away the “entity status” of the treated person, so that one cannot consider this person as being an independent individual anymore (probably this is the very basis of the Hippocratic Oath). And 2nd – and even more important in this context – the people that open the brain did not consider themselves as tools, as algorithms or mechanisms that are used as objects as well.

Even today scientifically educated people differ between nature and culture. People think the so called “culture” began when the very first intelligent human being entered the stage of earthly developement. Only very few people take into consideration that maybe all of our importances are just an expression of a supertemporary piece of code that appears in time and in evolution on a supertiny perceptive basis – and that in every way and in every time “culture” is only a tiny and temporary part of the ongoing process of nature.

Many humans tend to be in uncertainty now. Now in 2017. Just a small step away from the next year. 2018. The world is moving fast. Ideas change. Things we took for granted reconfigure. Our parents and teachers are trying to explain what is happening as good as they can. People are trying to connect to ancient wisdom as well. People want to be safe, to feel safe. If you take one step back, just to figure what is happening you begin to sense this great power of motion. And you begin to understand that it is very difficult to really be a conscious part of this motion. Things are changing fast and the very moment of understanding is always about the next question to arise.

We are moving through the infrastructure of technology. In trams, planes, elevators, relationships and across the surfaces of our displays. The knowledge that came to our minds over time now expresses itself in so many ways. Our cities are codified images and reflections of our history. Each new device is trying to gain our attention. It is trying to connect ourselves to the symbols we created many thousand years before. Our brains want to understand what they created. They want to know what they are about. Brains and identities are trying to connect to the ideas, figures, surfaces and cities which they have created over time and which they are creating right now. 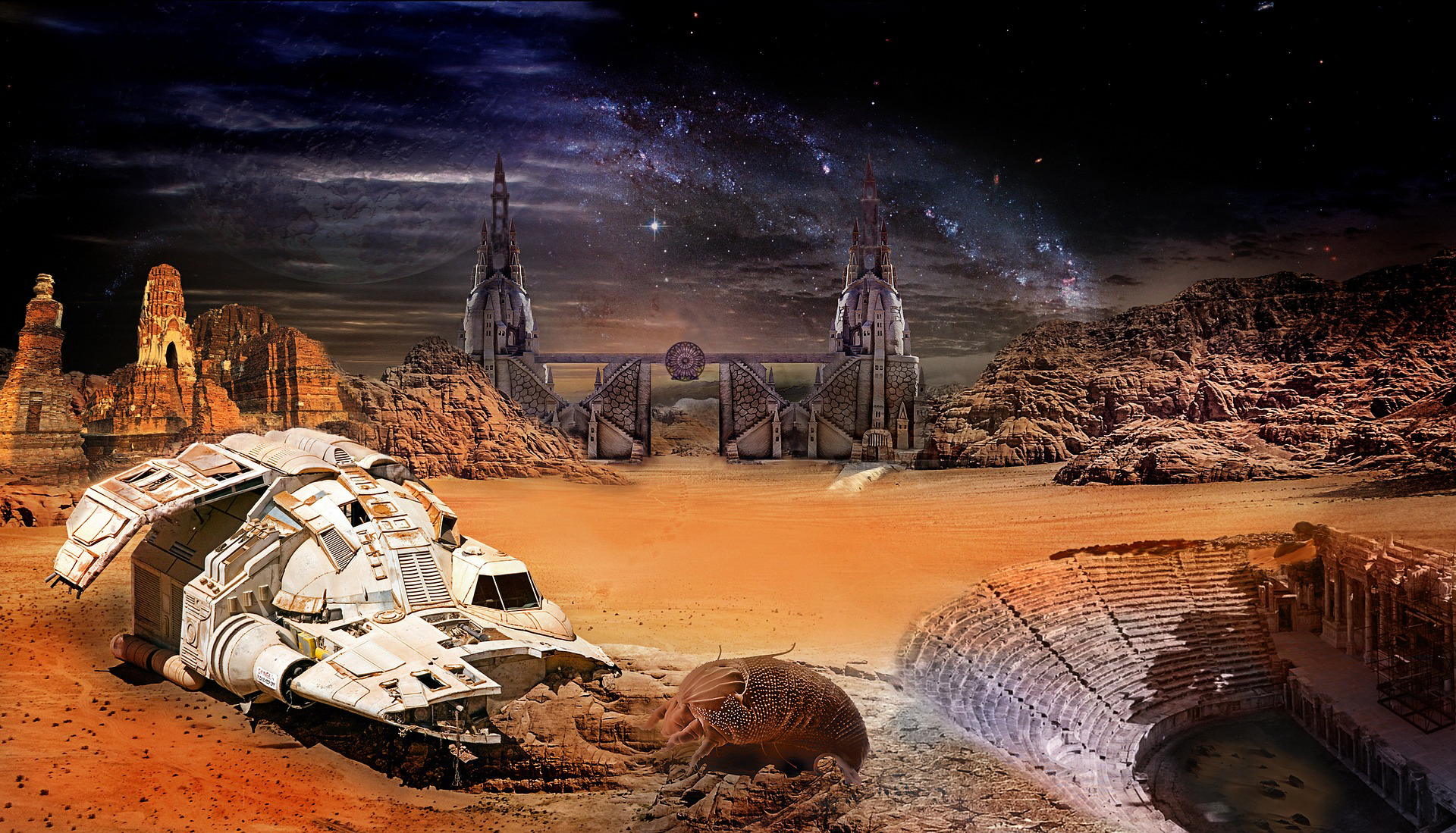 This is a next step in human evolution. History and self-expression are not longer just true and fields of interest but rather subject to the process of self-awareness / self-analysis. Things cannot be simply true or wrong anymore. Things are understood as being set in contexts. Each location is true or not true in its interconnected  self. And attributions such as good or bad are results of the perception and linkage between many of those locations. Interconnected locations create images of understanding as well as visualisations of the world – for example when we draw or take an image using our contemporary technology. In the same way we build houses, cities, political beliefs or spaceships. This is our way through time, in space. Perceptions, communications and conjectures leading and guiding us through.